& some views from history

It’s kind of hard to get into a panic about a couple tenths of a degree after looking at this:

For >75% of its existence, Earth has been substantially warmer than it is now — warmer as in, too warm for polar ice caps. Only for less than 1 billion of the last 4.5 billion years (and not all in one go, mind you) has Earth been as cold as it is now, at least according to the rocks.
Geologically speaking, Forest in Antarctica & Greenland IS “normal”. 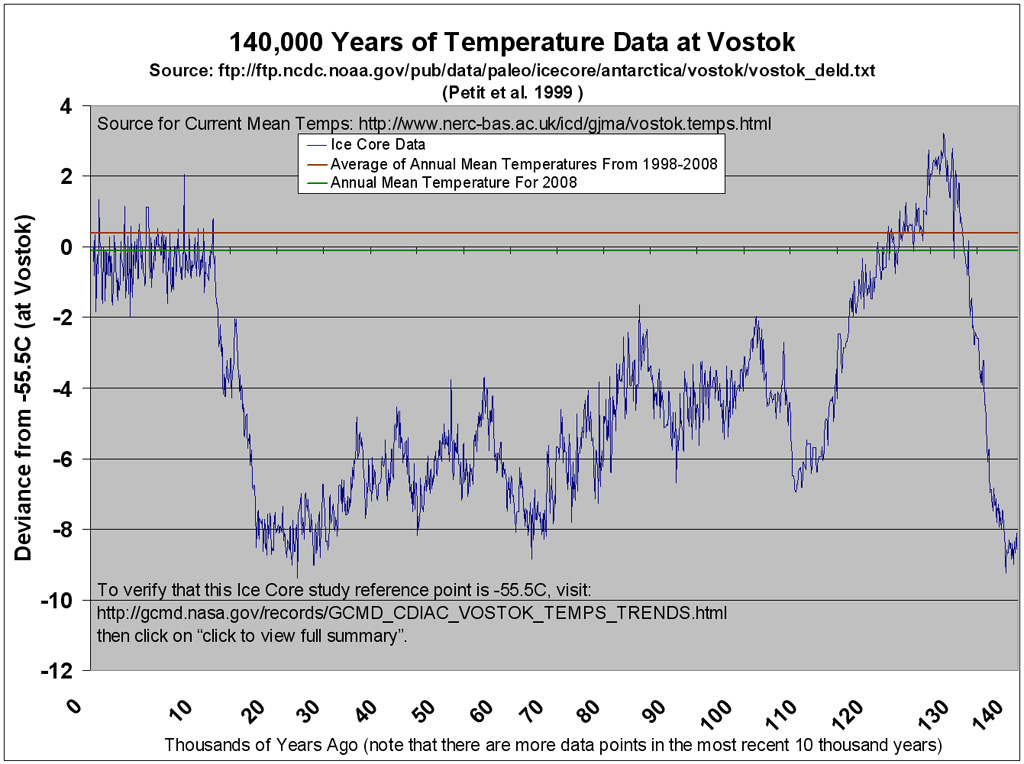 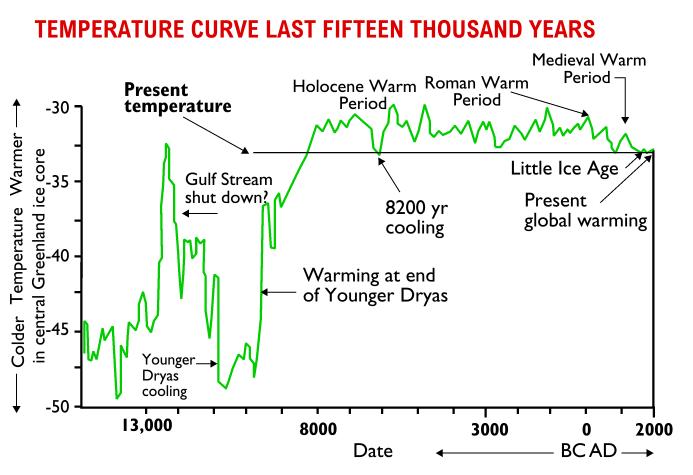 After the Younger Dryas mini ice age, the climate went into a climate warmer than today.

BTW, all of those periods were discovered and named by biologists who recognized the changes in flora in Scandinavia. The dryas is a type of arctic flowering plant. https://en.wikipedia.org/wiki/Dryas_%28plant%29

“The past 10,000 years (since the end of the last Ice Age) were 2-5 degrees warmer in Greenland ice cores until about 1,500 years ago when we entered a period of markedly cooler climate, including the Little Ice Age (LIA). During the LIA, alpine glaciers around the world reached their maximum Holocene extents, generally dating back to about 1500 AD. There followed several periods of cooling and warming when repeatedly glaciers expanded and retreated. Glaciers during the cool period of 1880 to 1915 reached almost to their LIA maxima, retreated during the 1915 to 1945 warm period, expanded again during the 1945-1977 cool period, and retreated during the 1978 to 2000 warm period. The point here is that global climate warms and cools repeatedly and we are still thawing out from the LIA.”

If the ice core records from Greenland are correct.

Concern about Anthropogenic Global Warming is a total fallacy and there is absolutely nothing that Mankind can do about it. Whatever is done will never impede the impending cold.

Some good quotes from this well reasoned NASA article- Oct 2000**,

“Is human activity warming the Earth or do recent signs of climate change signal natural variations? In this feature article, scientists discuss the vexing ambiguities of our planet’s complex and unwieldy climate.”
“The Earth has gone through and continues to go through cycles of warming and cooling. It’s just natural. This natural variability often shows an astounding degree of complexity, much of which remains poorly understood.”
“If there’s one lesson to be learned from science, it’s that things are usually much more complex than they at first appear.”

A set of historical temperature graphs from a large selection (243) of mostly non-urban weather stations in both hemispheres. – http://www.john-daly.com/stations/stations.htm only goes to 2003 so none of this data has been touched by the recent ‘data adjustments / homogenizing’ record tampering.