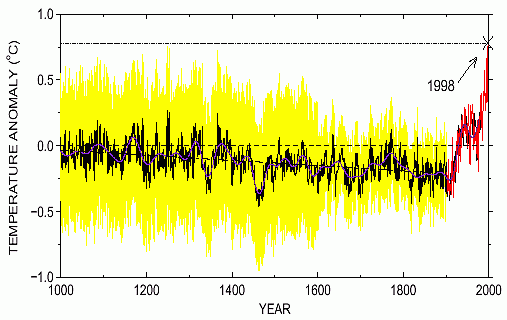 This is Michael Mann’s 1999 Hockey stick graph fraud. A fraudulent piece of junk science using false data, which fueled the Catastrophic Anthropologic Global Warming (CAGW) juggernaut. !!
(It was used in the IPCC’s `Third Assessment Report’ 2000 but was quietly dropped in subsequent reports)

This annotated chart shows some of ‘Mikes tricks’ 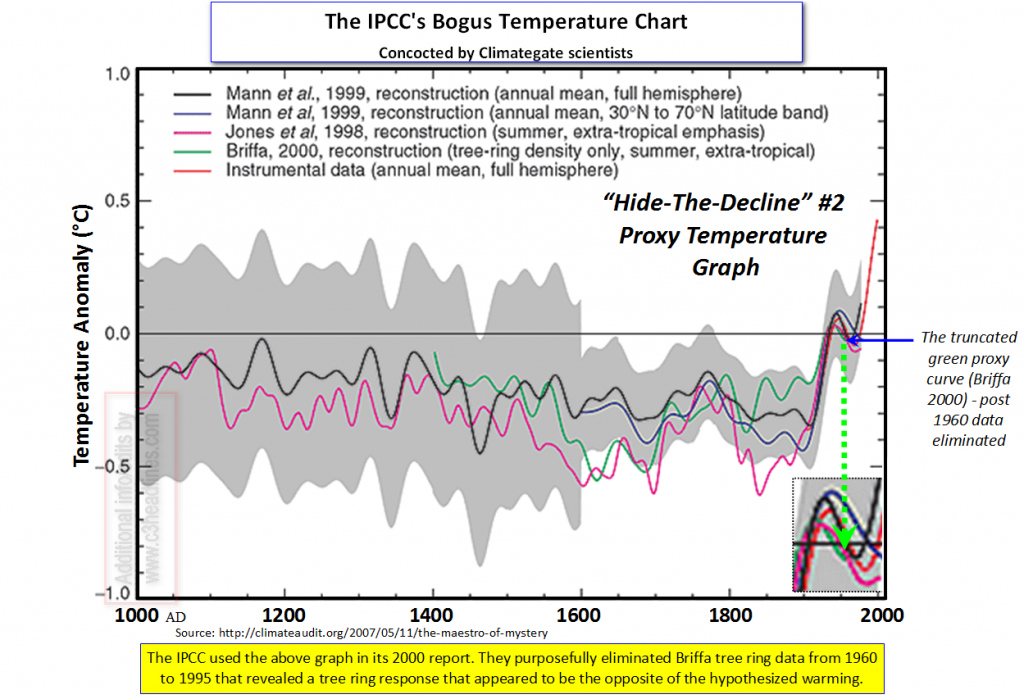 Michael Mann has also falsely claimed he is a Nobel laureate **. https://johnosullivan.wordpress.com/2012/10/28/michael-mann-retracts-false-nobel-prize-claims-in-humiliating-climbdown/
But, The Nobel Committee doesn’t agree with him !! https://pjmedia.com/blog/michael-mann-claiming-a-nobel-prize-he-didnt-receive

So not only was Mann’s data false, he was NOT awarded the 2007 Nobel Peace Prize, & the “text underneath the diploma is entirely his own.” (forgery ? )
So what else is false in the legal suits over the highly publicized hockey-stick graph & defamation?

Michael Mann is currently fighting a number of lawsuits http://principia-scientific.org/michael-mann-lawyer-exposed-in-climate-court-case.html/

(**Along with several others from ‘climate science’ – http://fakenobellaureates.com/#jp-carousel-214)