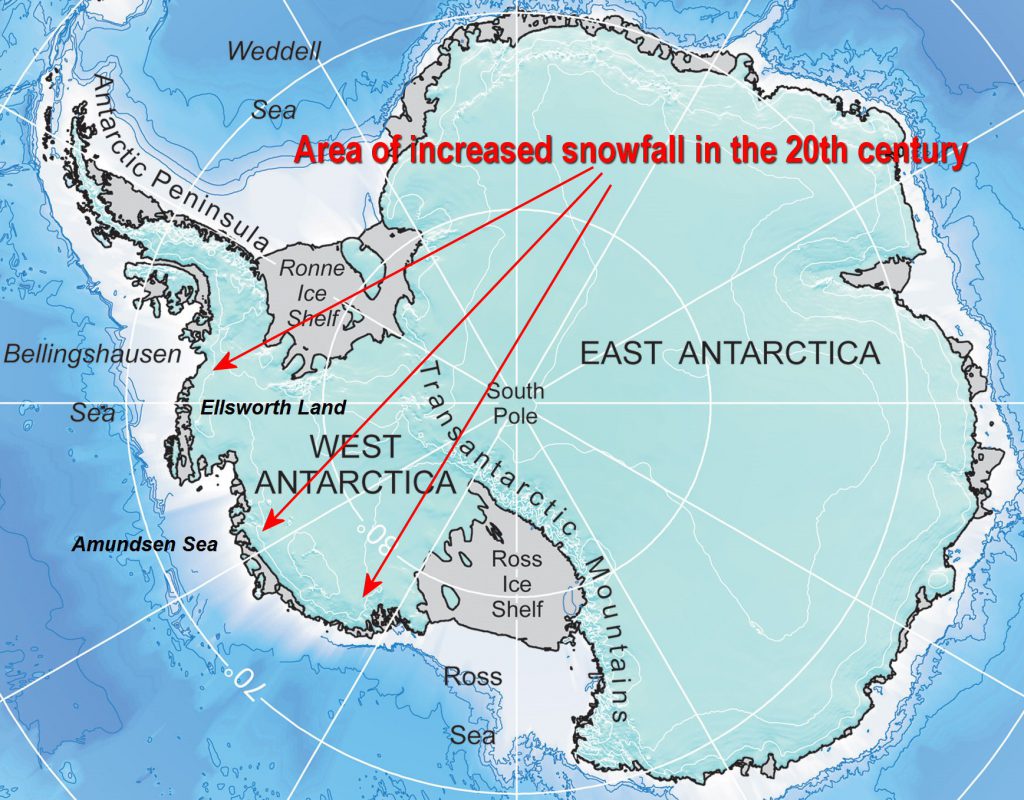 Antarctica is BIG ~14million km².
That’s the same area as USA + Mexico.
Or twice the size of Australia.

And Cold … 0 to -30°C on the coast & -20 to -60°C inland, The mean annual temperature of the interior is -57 °C & the lowest temperature ever recorded at the surface of the Earth (-93.2 °C) was at Dome A, in 2010. https://www.bas.ac.uk/about/antarctica/geography/weather/temperatures/ & http://www.esrl.noaa.gov/gmd/webdata/met/spo_met_english.jpg
Live web-cam – http://www.esrl.noaa.gov/gmd/obop/spo/livecamera.html

The aim of the 2013 Australasian Antarctic Expedition, led by Chris Turney of the University of NSW, was to prove the East Antarctic ice sheet is melting. Its website spoke alarmingly of “an increasing body of evidence” showing “melting and collapse from ocean warming”. (Due to carbon emissions)

Instead, rescue ships and a helicopter, all belching substantial carbon emissions, had to be mobilised to pluck those aboard the icebreaker MV Akademik Schokalskiy from their plight, stuck in what appears to be, ironically, record amounts of ice for this time of year.Editorial, The Australian, 2 January 2013 ]
see also http://hockeyschtick.blogspot.co.uk/2014/01/ship-of-fools-finally-rescued-by-irony.html

Cooling is evident over most of the Southern Ocean in all seasons.The annual mean, has fallen approximately 0.2–0.4°C per decade or 0.7–1.3°C over the 33 year period.